THE POWER OF CHANGE

The New Chieftains was founded by visual artist Agenda Brown
and was formally launched in September 2014 as a Visual Marvelry™ production.

Main image and image below: Holly Marie – Saunders. Read her story below 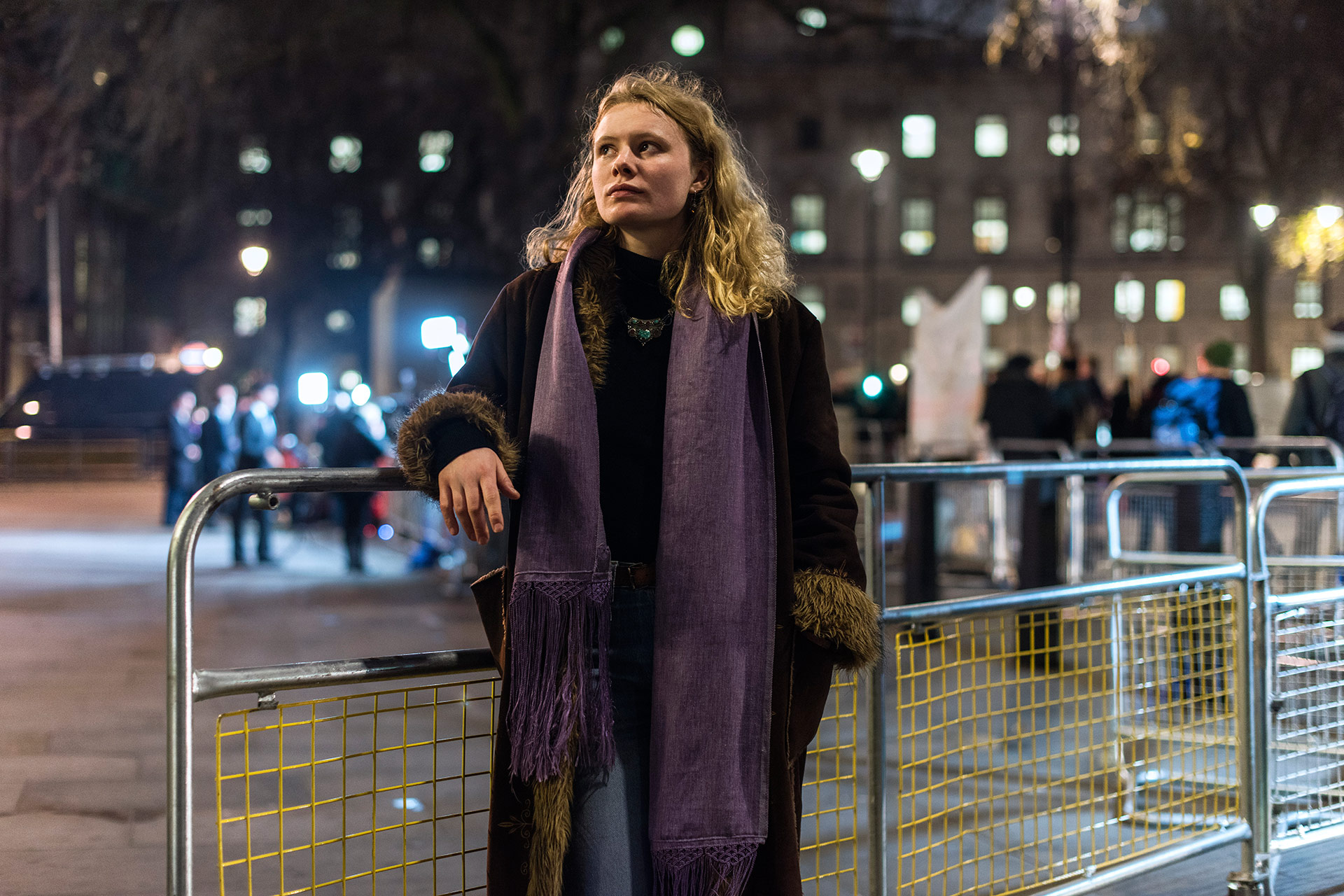 The New Chieftains was originally triggered by personal observation and led to
the recognition of an inspired new urban community, which was captured on-line.

A tribe that demanded to be seen and recognised for who they are!

The aim of Visual Marvelry™ has been to explore the characteristics
that are revealed by this growing urban tribe, chapter by chapter,
capturing their human values and acting as a social witness,
as an alternative way of being and doing!

Agenda is strongly motivated by the shared traits of each Chieftain,
their earthly energy, and their strong sense of direction and trajectory.

The next steps include a celebration of the tribal leaders through
a range of outcomes – public exhibition, bespoke printed publications,
documentary series and regular supper clubs where there is an opportunity
to meet with them in person and learn about the story in more intimate surroundings.

Each chapter of New Chieftains will be recognised as an individual community
in its own right, defined by location, cultural identity or range of activity.

The desired look and feel for the proposed documentaries is as seen on the
Netflix platform. (in the style of ‘Abstract’ or ‘Chefs Table’)

This proposal is focused on a documentary pilot of The New Chieftains called
‘The Power Of Change’ which will result in a filmed series or single episode
featuring multiple individuals in 2020/21.”

The pilot will consist of 6 New Chieftains that
have been selected from the main body of the story.

This pilot will be the ‘go to’ documentary for people to explore and
experience fascinating New Chieftains that are influencing change in their worlds.

I am Curious, stubborn and relational.

John (or Father John) is way bigger than the collar he wears. Yes, he’s a spiritual, religious figure head and has chosen that path, but he’s also a very witty, clever, community minded and multi-dimensional person. When you meet him, you see John first, not religion. He has an unwavering commitment to Tottenham. You can see the passion and sparkle in his eyes when he talks about Tottenham. Its quite amazing.

"We cannot be driven by short term revenue"

Viktoria was nominated as a New Chieftain (Thank you Rich Blk) and I instantly found her story interesting. Working in the field of aArchitecture but putting people first, of course I was intrigued…
Viktoria in in possession of that ‘Nordic Female Power’ energy that runs throughout this chapter, she is a gently spoken considerate lady that at the same time takes no prisoners when making sure that the people that will be affected by one of her building projects will be heard and considered.
She speaks of her children with true maternal sparkle and manages to integrate motherhood with her anthropological mission.

"Meditation made it easy to explore Buddism"

After being introduced to Lotta on a work trip to Sweden I had a feeling of calmness wash over me, Lotta’s voice has a way of sedating any worries that you may have at that moment.
Her story of her life transfixed me and reminded me that anything is possible and we are always capable of steering our own ship. Lotta has truly seen it all and is now enjoying seeing it all from another angle.
Thank you for our talks Lotta, the things that you said have not left me.

"Everyone has a full deck of thoughts"

Aaron has been chosen as a NEW CHIEFTAIN, firstly, because of the monumental achievement in overcoming a reclusive lifestyle and crippling social and personal anxieties to now positively affect the personal and professional lives of thousands of people through his work. Secondly, because he exudes a refreshingly inviting energy that makes one feel that they are listened to, understood and cared for.

"I believe in the power of human impressions"

Holly selflessly champions causes for refugees and immigrants – people who don’t have the same privileges we have in this country. She helps people who have travelled here under that guise, get the same opportunities that other people in Tottenham get. She tries to ensure that being ‘labelled’ doesn’t influence how and where they end up. She is a strong and constant force in Tottenham. Holly also has an amazing voice. Not necessarily a New Chieftains trait but it has to be mentioned.

"They will be pushing us in wheelchairs soon"

Paul is someone who practices what he preaches. He knows first hand, about the issues he talks about. Coming from a background where he was likely to be selected by the authorities as someone they might ‘make an example of’, he now helps mostly young, black males avoid being in that position. He talks with them directly, offering guidance and keeping them on track. He helps them realise their potential, in the tottenham area and beyond, and to exceed expectations. He also has a healthy approach to parenting, communicating with and encouraging them to be accountable for their children.

The New Chieftains was founded by visual artist Agenda Brown and was formally launched in September 2014 as a Visual Marvelry™production.

Visual Marvelry™ is Agendas creative platform and is the way that he interacts with clients. He has coined the following phrase that best describes his process: “A creative process, tool and philosophy for image led storytelling”.

The New Chieftains are a tribe of talented people who have natural prowess, tenacity, leadership, and individuality.  They are non-conformists who challenge the status quo, their instinct to succeed is driven by passion, instinct and endeavour.  They can be found in many different arenas from education, design and philanthropy to food and music.  They are a growing tribe of people with enigmatic personalities across numerous disciplines.

Please get in touch with any thoughts you may have on this ever – evolving story.

“I am curious, stubborn and relational” JOHN WOOD MBE