A PROUD SCOTT AND SAMMIE JOINS THE TRIBE

Whilst on a trip to Sweden for a separate project I found myself being whisked around a private fashion show with the Nordic Female Power ambassador Ingmari, Anyone that knows Ingmari will know that this means everyone wants to talk with you and find out more about you.

“Come and meet Ani, she is very interesting!” an ex model that is Scottish and Swedish in equal measure. Ani sees no barriers in life and has a GO FOR IT attitude that instantly holds your attention. She has a true collaborative spirit and is not afraid to share skills and connect her creativity freely with others.

Who am i?
I am proud to be a Scot and a Sammie. Some say the Indians of Scandinavia – I would say the indigenous people. In the same way as the Celts, the Sami people were slaughtered. Today is the national day of Sami people!

I am from Glasgow. Glaswegian people are really hard working from my experience really working and lower class people. When you have to work to live you don’t have time to constantly mope about and get down so you just laugh about things! What I noticed about that place is that everybody used to sing.

Most important
I create things. I make music and I write. I adore words and what you can do with them. They are quite scary as well because they can make a lot of shit. I receive the same type of natural high helping my sister write her essay as I do writing the verse. When you make magic by braiding the words together it’s like whooa!

I write under the name Ani Kid. I write and compose music myself but I don’t like to call myself a solo artist as I rely so much on my band. I would be nothing without my drummer for example. So we share everything, everyone who contributes gets their piece of the pie.

This whole year has been loads of collaborations mainly because I don’t believe in any kind of borders. It has been tough though as you need to surround yourself with good energies and separate the bad from the good…. 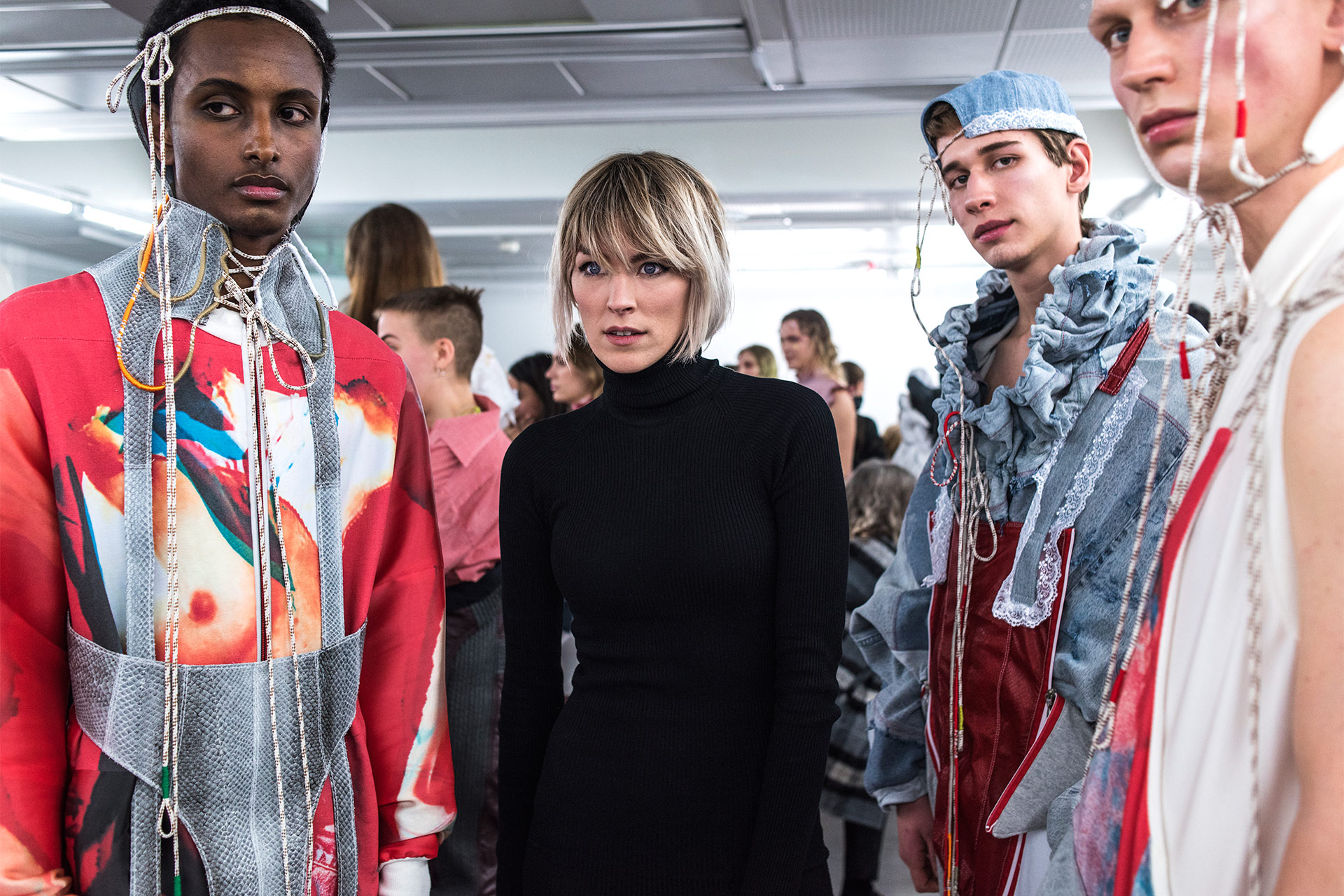 “Art in any way should not be a competitive form”

Join in or serve yourself?
Art – in any way – shouldn’t be a competitive form. It should be like ‘come tag along let’s make it work for you.’ The word competitive has become a positive form but it is not when it means stepping on someone. It is music, it’s beautiful, it’s really nice and everyone should be able to enjoy it! That is why we didn’t sign on with a major label because then it becomes something else you know? We want to keep this at a play form as innocent as possible and not to just it about the numbers.

Being one of seven is not easy!
Being one of seven kids there wasn’t a lot of time for trips. When I was 18 I contacted a modelling agency and moved to Paris. I had an agency in every city and moved around different place. I travelled and worked a lot everywhere. I didn’t get into the scene much as I was always writing and painting. You got to see all the shitty things women had to go through. And all the strength. And I had a figure of happiness and strength at home and that was my Mum.

Lifes inspirations
I found a diary from when I was 9 a couple of weeks ago which put me in a hard spot if I am going to be honest. I am writing the same way questioning the same things just in different words. I was 9 then 12 then I was in Paris 18 ….the only thing that changed was the city I was in. The basic thoughts were kind of the same. I wouldn’t say that is an unhappy place rather an analytic place. Which is cool because you see things from different perspective.

I grow up in the suburbs Botkyrka –  named after the patron saint and church – I remember being 5 years old and thinking everything that is important in my life is five – five brother and sisters, lived at number 5, 5 characters in my name – I was like wow everything in life is five!

One day, my mum was in the kitchen making jam or something, the radio was playing and I was sat on a wee bench in the kitchen, I was looking at an IKEA painting of Van Goughs Café de Nuit – I remember asking my mum does this place actually exist? Who is this person who is signing she is very sad? It was Nina Simone. I said when I grow up I am going to go there and write music like that!

< BACK TO NORDIC FEMALE POWER

“I create things, I make music and I write. I adore words and what you can do with them” Ani Kid