THE FORCE BEHIND ONE THOUGHT JOINS THE TRIBE

The ancients professed that ‘Mind is all’. Even before the technological and medical advances that we acknowledge as the hallmarks of our age they were aware that all creativity and inspiration springs forth from our minds to shape our world and lives. As fundamental as our mind is in the success of our individual and / or joint endeavours it is surprising that the ongoing study of mind is not a practice readily undertaken in our secular world.  With his refreshing approach, via his company One Thought, Aaron Turner is on a mission to change that by encouraging us to fully explore the power of the mind and what we are all capable of…

once we realise and embrace that thoughts and mental clarity can be the driver to achieve anything.

Aaron has been chosen as a NEW CHIEFTAIN, firstly, because of the monumental achievement in overcoming a reclusive lifestyle and crippling social and personal anxieties to now positively affect the personal and professional lives of thousands of people through his work. Secondly, because he exudes a refreshingly inviting energy that makes one  feel that they are listened to, understood and cared for.

The power of the mind is the key to the power within people
I am fascinated in the inner working behind the scenes of human beings and always have been.  I am very interested in the place that the state of mind plays in the world.

Through my work as the founder of One Thought I have been working to show individuals and organisations that the state of mind is the absolute driver for everything.

Not focussing on the outcomes but more on the process is a real breath of fresh air to me as often we are encouraged (wrongly in my view) to only look at the end result or product and not go much further.
I work with a lot of successful people and they are often encouraged to be satisfied with the end result of what they do and not to go any deeper so often the inspiration and the unstoppable stick-to-it-ness that rules what they do gets lost in terms of attention.

To me it is a misunderstanding of the mind that leads us to believe that working hard burns energy. In clearer states of mind these situations are energising. The energy of the mind comes through you more freely. I have learned that if I get tired then I haven’t managed to approach what I do in the right way, that I added too much muscle to my swing.

My early years were spent enjoying the buoyancy of an innocent mind
My journey started when I came out of the innocence of childhood, became a teenage and started living in growing levels of dysfunctional thought, self-conciseness and insecurity. These things dominated what was possible for me because I became very socially anxious and pre-occupied.

My mother modelled anxiety to me as I was growing up. She would think about problems in an anxious and worried way, I have never solved a problem in this way but for years I assumed that this is how its done.

In my academic career I was obsessed with anthropology as I felt that it would give me insight. I was fanatical about this (Other people often think I am fanatical way before I do)
I didn’t have a very full life and because of this I kept going back to studying which in the “normal” world was commendable as I gained a Degree, A Masters and a PHD but in truth the only thing I could do was to sit in a room and think. I really wasn’t very good with people. So, in a sense I was kind of forced into this way of being.

I then went on to work in a mental hospital and one day I had a very enlightening conversation with a 36 year old man that had been diagnosed with schizophrenia and had been in professional care for over a decade he had got so much worse whilst in that care. I didn’t know how to tell him that he had got worse without discrediting myself.

Everybody has a full deck of thoughts
My uncle happened to be one of the first people to use the findings of a man called Sydney Banks who’s approach was to focus on Physiology not in the form of dysfunction but to explore and amplify the possibilities and power of the mind utilising the power of the mind rather than to be pre occupied with what was getting in the way.

Part of the problem for me was to understand the relevance of the thoughts that held me back
I called up my aunt and uncle and asked if they would train me and they agreed. One of the terms of the agreement would be that they wouldn’t employ me but I ended up working with them for ten years pioneering some great work in business.

He asked me to research this process which as a great turning point for me because in researching the approach I learned it, and in learning it I subsequently changed and all my insecurities, phobias, eating routines literally disappeared!

Because they went from things that I was dealing with to examples of irrelevant thought. I had no idea that I could enjoy people and that I had a functioning part of my mind. From then on I was on fire!  I then moved on from that role and went on to create One Thought. 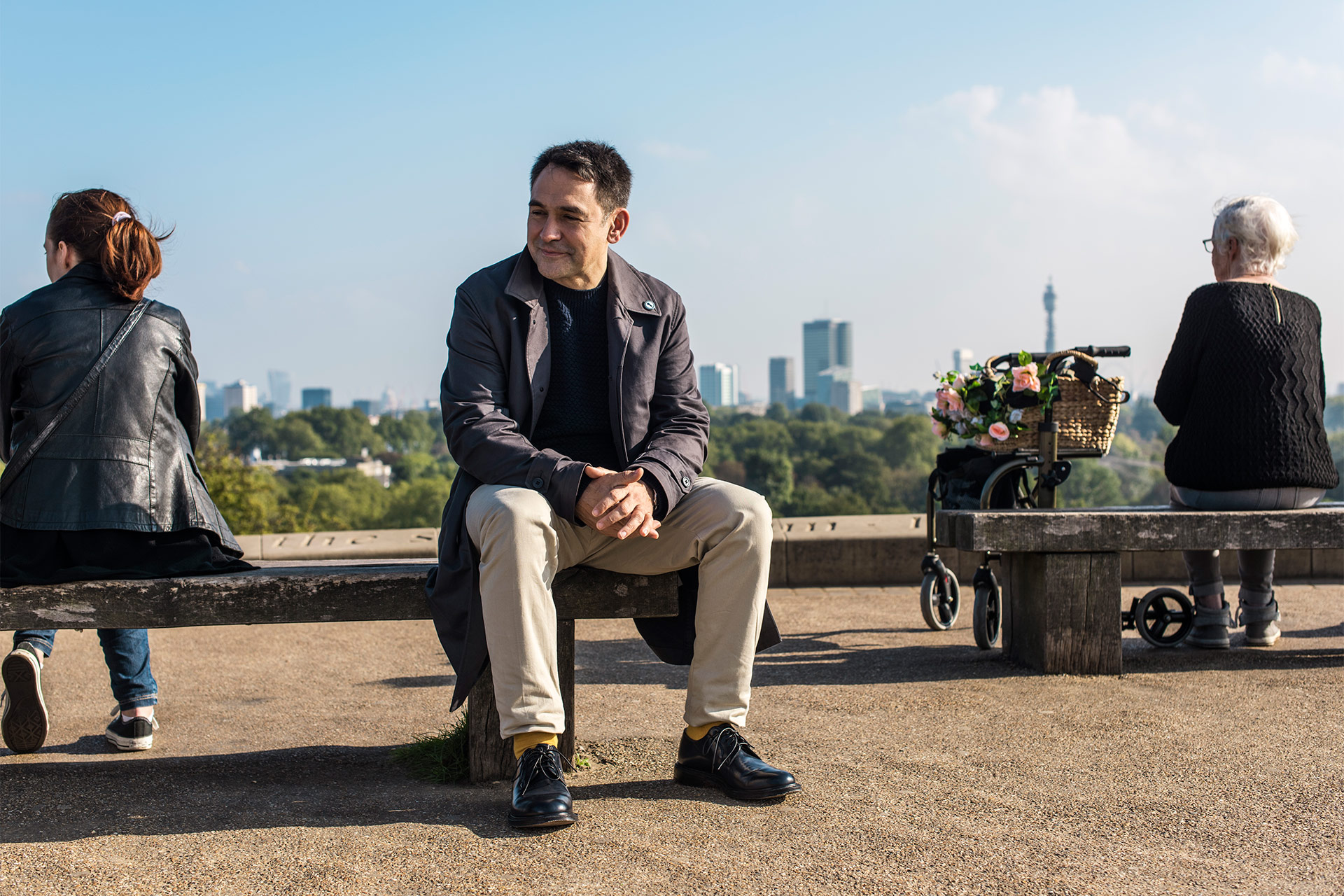 “Everybody has a full deck of thoughts”

Other people often think I am fanatical way before I do
It was at that point that I decided to spend the rest of my life sharing the understanding of the mind that I have until everyone understands it and then I will find something else to do.

I used to work as a councillor where people would come to me with issues from work to relationships and I would help them. Now we approach organisations or individuals and say ‘hey are you aware that the issue that you are having are most likely connected to unclear thought?’

Your mind goes where your thought goes and once it goes there it justifies the thoughts that took it there
I have been asked how I feel being the custodian of peoples’ mindset or mentality, In truth I don’t see it that way, I am more the custodian of peoples understanding of the system. This is a very freeing and uplifting thing to pass on to people.

I think people see me with a mix of intrigue, respect and entertainment.  I am completely committed to what I do without being too attached.

I do not see this as a job but more of a mission and in some ways an obsession. If I wasn’t working with the mind I feel that I would do something a lot more whimsical.

Don’t respect their world too much
I studied and then went on to teach Aikido and this approach made a huge difference the Dojo. I became one of the best students because I wouldn’t learn by thinking.

I had a trust and understanding of my mind. I would teach six, one and a half sessions a day and people would ask if I want a break and I would say “A break from what” as I had nothing on my mind I just wanted to keep going.

I see myself in a better light when I think of myself as a New Chieftain – The New Chieftains approach is not the norm and I salute that.
The New Chieftains is creating a community that will enable people them to keep learning and have a healthy relationship with the potential within themselves and I am so happy to join the Tribe!

Power of passion / engagement and resilience within people needs to be celebrated and not the other things that we are fed to us with the expectation that we will revere them.

Building a tribe such as The New Chieftains demonstrates the potential for a whole new order and shows that the current order is manufactured and made up.

I am honoured to be a New Chieftain because it confirms the passion I have for the things I do and the way that I do them.

Having a thought cannot hurt you as every thought is transitory
I still have these thoughts that held me back but my relationship with them is very different to what it was. I believe that we only get into trouble when we mistakenly trust the thoughts that don’t help us.

< BACK TO THE ORIGINAL CHAPTER