But yet I want to make a difference to the Rebels out there. To the true rebels whose hearts beat like mine, who’s hearts want to connect with creativity and are brave enough to be part of the creative heritage.

I was always the odd one out.
Fat, four-eyed and black. When I was growing up, I was the local freak. But that helped me get my brain together. I wasn’t playing football, I wasn’t running with the gangs, I wasn’t physical in the slightest. I was in my back yard, trying to make experiments.

I’ve got no idea what that was about, why I didn’t follow the herd. I guess I just rallied against it.

I went to a grammar school. And that was a big deal.
For black people, for my family, it was major. My dad bought me a suitcase and with my name embossed in gold. Really embarrassing to carry around.

I always liked creative subjects, art and music. But when it came to picking my O Levels, my parents said I had to be practical. Chemistry, technical drawing and physics. So I did.

Then my whole life changed.
When I was about fourteen, I saw The Who. It changed my whole fucking life. Combined with what was going on in Black American Music, all of a sudden I was alerted to this other world. I had two choices.

I could be a fan for the rest of my life.

I ain’t advocating not being educated to anybody. But at that time, what they were teaching me didn’t seem to have any relevance.
And I started thinking – you’re going to judge me for the rest of my life on one day? So in my chemistry O Level, all I wrote was A chemist I was not to be, that I clearly state, because I’ve got a splitting headache, and I cannot concentrate. And in technical drawing, I drew a nude woman and wrote Curves are better than straight lines. It was my way of saying, fuck you.

But it was a major let down for my parents. For a while, they wouldn’t talk to me. Especially when I started growing dreadlocks and calling myself a Rasta. It wasn’t until they saw me on telly, and not on crime watch, that they started to forgive me. 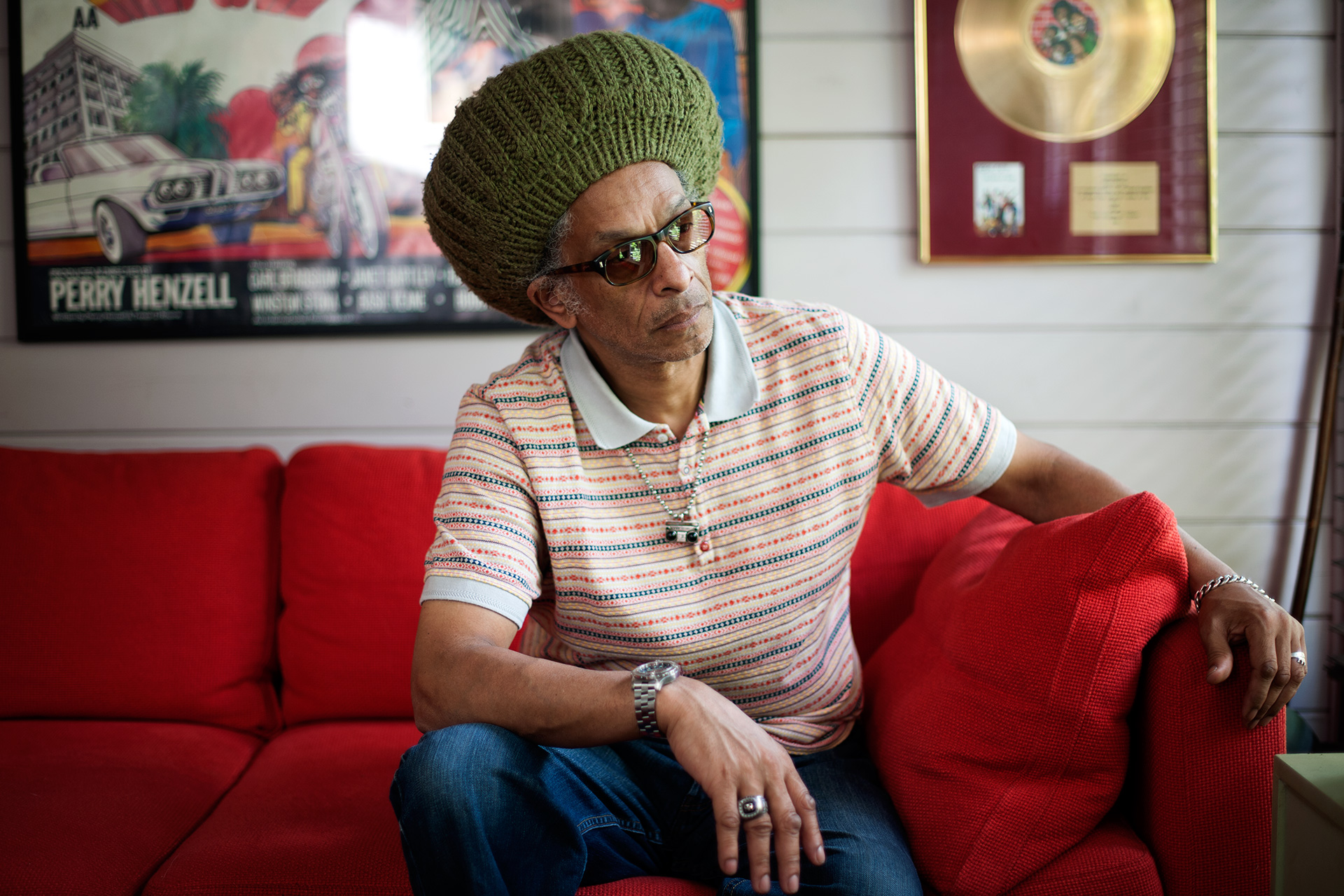 “It took me a long time to work out what being black and British meant.“

It took me a long time to work out what being black and British meant.
At that time, we looked to America a lot. But we weren’t American. We were of Jamaica, or Afro-Caribbean. But we weren’t Jamaican. It was tough, it was a weird situation, like a social experiment no one had ever done before. We didn’t come over here on slave-ships, we bought our tickets.

Our parents thought the way to get by was to be like their white hosts, and totally deny their heritage. We grew up with the whole civil rights thing happening in America, and started to see how our parents were really being treated. We rebelled against that.

Then the punk rock movement came along, and everything opened up.
Punk rock made me who I am today, there’s no two ways about it. Before punk, I’d go see acts and be thinking ‘but what about me? Is this my lot in life?’ Then punk happened. My white bredrin started picking up guitars and teaching themselves – no music school. So I picked up a Super 8 camera and started filming the bands I liked.

One day I read in NME Don Letts is making a movie. And I thought, that’s a good idea.
So I started stitching the footage together. I was just learning as I went. But I made my first film.

I became friends with a lot of the punk rockers, and they started asking me to make their music videos for them. Then eventually I got in to music documentary, which is really my thing. Now, I still DJ a little, and I make videos for brands too. In a lot of ways, brands are more honest than today’s music industry. There’s no bullshit.

Today, there’s a lack of dissent in music. Where’s the rebellion?
People often say, music was better in my day. I don’t believe that shit. There’s always something good going on. But my 21-year old son is listening to music from 50 years ago. He says to me, ‘dad, there’s nothing speaking to me anymore’.

When kids are telling me they think music was better in my day, that’s some sad shit.

I want to make connections through creativity. I want to make a difference.
But my approach, my process, it’s instinctive. I didn’t come from the void, other people inspired me to do what I do, and I think I’ve inspired other people in turn. There’s a heritage of creativity, and if you’re brave enough, if you’ve got a good enough idea, you can be a part of it.

The truth of the matter is, most people come and go on this planet and no one knows they fucking existed. And that seems sad to me.

Maybe this is my desperate attempt to live forever. Or maybe I’m just trying to pay the rent like everybody else.

“Don, we thank you for allowing us to create rare images of you without your trademarked frames!” Agenda

< BACK TO THE ORIGINAL CHAPTER